What is Geisha Coffee and Why is it Popular?

Coffee comes in hundreds of different varietals and even more brands. You can get low-cost instant coffee for as low as 50 cents, and there’s also coffee that exceeds the $10 per cup range, whether it’s due to amazing growing conditions, like the Jamaican Blue Mountain Coffee or coffee that’s passed through the digestive systems of native animals, like the Kopi Luwak or Black Ivory Coffee.

Geisha coffee, which is actually “Gesha” coffee, falls in the category of what one would call “expensive coffee.” It costs about $75 per cup and broke the Panama auction record by selling for $803 per pound — and that was in 2018. Rumor has it that the latest batch, sold in 2019, went for $1,029 per pound!

So what’s the hype? And for what reason would anyone buy a $75 dollar cup of coffee? Let’s take a look at this very new varietal and why it’s so prized. 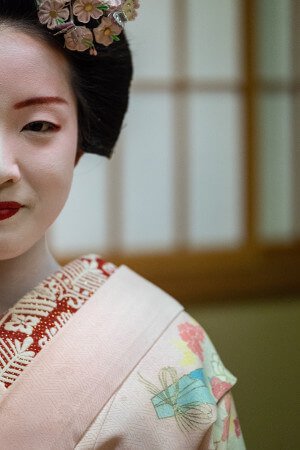 Let’s just be very clear: a geisha is a Japanese woman wearing oshiroi makeup and a kimono who entertains men with traditional dance, as well as art and singing.

Gesha coffee comes from the Gesha region in Ethiopia and no one’s quite sure where the random “i” came from. There’s some postulating about a fictional Mount Geisha but it’s far more likely that, because the local language is entirely verbal, it was contorted into something familiar. What makes it difficult to correct this misunderstanding is that the very company that originally sold (and still sells) the product call it “Geisha” because that’s it’s official, scientifically-recorded name.

Since it was introduced, though, a variety of issues revolving around cultural appropriation, and just misinformation in general, have ensued. So, let’s do this right: It’s Gesha Coffee from the Gesha region of Ethiopia and we’re intelligent coffee consumers that know how to properly speak about things and won’t get taken in by marketing ploys sexualizing Japanese women.

Why is Geisha Coffee Sold from Panama, then?

How this particular strain of coffee made its way from the Gesha Region in Ethiopia to Panama is a fairly interesting story.

It was collected in 1936 by a group searching out wild coffee for commercial purposes. Eventually, the Tropical Agricultural Research and Higher Education Center brought the varietal from Panama to Costa Rica and Tanzania in the 1950s, after which it made its way to Panama, where the real story begins. The Hacienda La Esmeralda coffee estate grew this special varietal for nearly 50 years before realizing they should separate it out from the rest of their stock.

The beans, slightly more elongated than others and oddly disease resistant, weren’t picked and kept apart from other more common coffee varietals until 2004, and then it wasn’t until 2014 when it was traced back to the initial 1936 Ethiopian expedition.

Up until then, Hacienda La Esmeralda had a monopoly on this varietal, and it kept winning the Best of Panama awards, so the price keeps on rising. It’s still on the rise today, obviously, but there are more affordable varietals on the market from other coffee estates, making it a feasible option for a special occasion coffee—even for the average caffeine-obsessed hipster on-the-go.

Things can win awards anywhere nowadays, and they can be awarded by anyone for any reason. Bad actors get Razzies, and the worst movie gets Golden Raspberry Award, the Shorty Award for Best Tweet on Twitter… I mean, these can be funny and great because life’s short and we should enjoy it, right?

But let’s lay that to bed right now, because this is not that.

The Specialty Coffee Association of Panama was founded in 1996 and began holding the Best of Panama competition in 2001 to help increase awareness for the multitude of coffee farmers and the quality of their brew. The international panel of judges come from all over the globe to cup the coffees of the 50 SCAP members and give them a rating between 1 and 100.

Enter: Hacienda La Esmeralda, who first introduced the coffee varietal back in 2004. Astounded, the judges themselves were thoroughly convinced that the cup had come from Ethiopia. We know the varietal did, but the beans themselves? Grown on Panamanian soil.

The judges gave the new Gesha coffee a 90 out of 100, an unheard-of score at the time, securing this beautiful brew’s introduction into the Best of Panama competition one that wouldn’t soon be forgotten.

It hasn’t stopped there, though. Since then, other coffee growers have latched on to this varietal and grown it with solid success. Coffee makers, professional ones, have been procuring Gesha beans and competing in the final round of world-wide competitions, including in the World Barista Championship and the World Brewers Cup.

So… what’s the hype?

The hype Geisha Coffee gets is around the flavor profile of this arabica varietal. It most closely resembles Yirgacheffe, which, as most coffee lovers know, also originates from the birthplace of coffee: Ethiopia. Yirgacheffe coffee is known for its bright taste and floral notes. There’s also a citrusy, nutty, chocolatey, wine-like flavor that really makes this java stand out.

Gesha stands out from its Yirgacheffe relative in several ways. The floral aroma of rose and jasmine and bergamot remains stalwart, but the flavor profile is unlike anything else, featuring peach, mango, lime, and bergamot, sometimes papaya or honeysuckle. Fruit-forward is the name of the game.

When it comes to determining what makes a coffee rank as high as something like Gesha, makes it earn higher than a score of 90 from the Coffee Specialty Association (SCA), we can look at a few key factors, most of them having to do with the growing location. 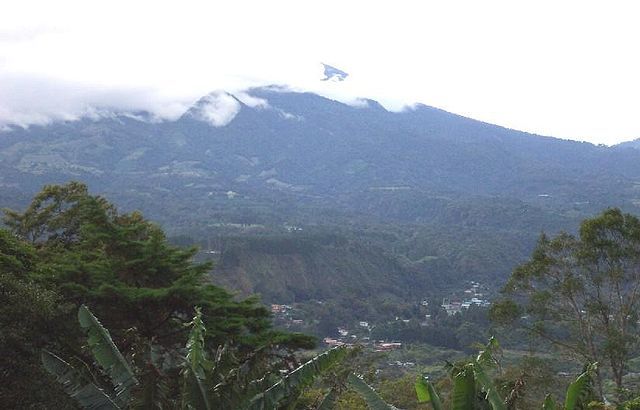 Gesha is grown at high elevation, which we all know is ideal, on the tallest mountain in Panama, Volcán Barú. There’s a certain difficulty in harvesting this bean, too, which certainly factors in, but any bean grown at high elevation can claim the same. It’s a low-yielding variety, which immediately tacks some extra dough on the price tag — it’s classic supply and demand issue.

The true claim to fame for the Gesha varietal is most certainly the lusciously floral aroma and complex fruity flavor, which sounds entirely drool-worthy to me but let’s keep in mind that it may not be everyone’s cup of tea.

We don’t live inside of your taste buds so it can be difficult to say, but we can analyze and make a relatively good guess.

Gesha is complex and has even been likened to Earl Grey Tea. It’s also best appreciated black—without any sweeteners or milk. It’s also best brewed using filter methods like a Chemex or a machine from our super helpful list of best coffee makers rather than as a shot of espresso or in any form of mixed beverage.

So, basically, if you drink your coffee black, you’ll be in a far better position to appreciate what makes Gesha coffee so inimitable. If you’re not convinced you want to invest in getting some quality Gesha yet but want to get there, try other Ethiopian coffees. A great start would be Yirgacheffe — while it’s not on the more affordable end of coffee varietals, it’s nowhere near as expensive as its sister bean.

You can also preview with some Sidamo coffee, another Ethiopian variety. This one is bright and citrusy with a distinct taste of blueberries. Supposedly, it’s sweet enough to skip the sugar! 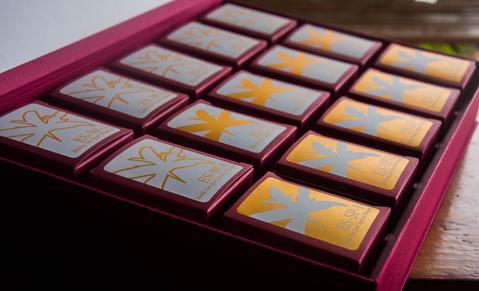 You said money’s no object, and where else to get the goods than from the source that started the hype? The Hacienda La Esmeralda Auction Sample Pack comes with everything you need to become a freaking Gesha expert. Cup all of the Gesha’s the panel on the Best of Panama competition cupped, including 6 washed Geshas, 4 natural Geshas, and 5 special process Geshas.

The story behind this company is a bit cute — this couple fell in love with Ethiopia, and, in particular, Ethiopian coffee. And why was Panama getting all the cred for the Gori Gesha varietal when it was 100% Ethiopian? And so Adam and Rachel began Gesha Village and are growing Gesha beans where they originally came from!

You can opt for an 8 oz. back 2 lb., both still expensive but relatively reasonable prices for the market, in particular, the 2 lb. bag!

From Finca San Jerónimo Miramar in Guatemala, Nossa Familia Coffee is selling two varieties of Gesha coffee — washed and honey processed. Washed is what you’ll more commonly come across, where the beans are cleaned entirely of their fruit and mucilage before beginning the drying process.

“Honey processed” is a little bit misleading—there’s no actually honey involved, but it does cause the final coffee product to be sweeter. The beans are cleaned, but only partially, before being left to dry in the sun. The left on fruit pulp and mucilage breaks down and forms more sugar for the bean to soak up.

Purchasing from here has a few added benefits, too: you can order as little as 4 oz. all the way up to 5 pounds.

Hailing from the coffee motherland, Gesha coffee is definitely worth our attention—and definitely worth the extra dollar signs attached to its beautiful caffeinated aroma and flavor. Whether you start with Yirgacheffe to ease your way into Ethiopian coffees or just jump right in and give Gesha a try, your taste buds and nostrils deserve what this varietal has to offer.

Hi! My name is Rachel Bean and I love coffee. Despite what it may seem like, my last name and deep love for a cup of black brew is a total coincidence. While I was informed at the wee age of 18 that majoring in coffee wasn't really an option (at least not the way I wanted to major in coffee) (i.e. drinking it day in and day out), I do have an MA and an MFA in Writing. I type words day in and day out, for both work as well as fun, and coffee is the magic bean juice that lets me do that. And that's pretty much me. Writing and coffee. Oh, and rescue dogs. Writing, coffee, and dogs. You get me.

Hey Rachel, thanks so much for all your shared words of coffee wisdom! This is a great site. Super helpful 🙂