We think great coffee is at its absolute best when it’s unaltered, but sometimes when the craving for something sweet and the need for caffeine happens at the same time, a dash of creamer can hit the spot. Jump to Best Coffee Creamers!

Adding creamer to coffee can also cut down on some of the acidity that bothers your stomach and makes a subpar coffee palatable. Whatever your reasoning for adding a dash of creamer, it can be difficult to find one that checks all of the boxes you want.

Obviously, the first thing you look for is a good flavor. Anything too high in calories isn’t a good daily indulgence, and it can be especially problematic if there’s a special diet involved, like Keto, or an allergy, such as lactose intolerance.

Luckily, these days, there are so many options on the market for a variety of diets — so let’s take a look at some of the best coffee creamer options available. 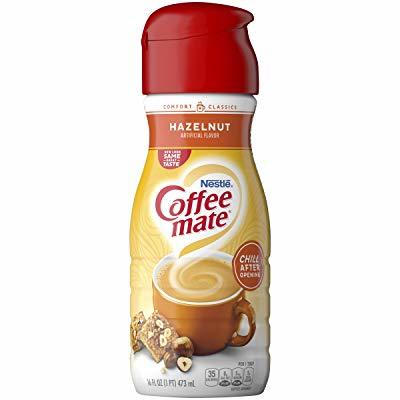 Coffee Mate is a well-loved option for most people looking for creamer. Hazelnut is a classic flavor that can compliment nutty coffees really well. This 16 oz. hazelnut option is non-dairy, gluten-free, lactose free, and cholesterol free, but keep in mind that it does have 5 grams of added sugar.

There are (supposedly) 32 servings per container with 35 calories per one tablespoon, but take that with a grain of salt because I’ve never met anyone who only uses one tablespoon.

Note for the environmentally conscious coffee drinkers: the container is recyclable but only if you remove the label. 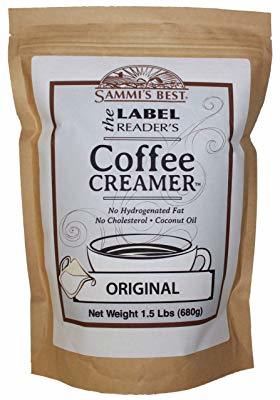 The Label Readers Healthy Coffee Creamer by Sammi’s Best is a powder creamer that’s coconut oil based for good HDL cholesterol. All-natural, non-GMO, and gluten-free, the formula is calcium enriched to neutralize coffee acid, making it a great option if your primary reason for adding cream is to protect your stomach.

You can snag this Healthy Coffee Creamer in original, vanilla, mocha, and hazelnut, with the original clocking in at only 25 calories per serving, only 18 of which are from fat. 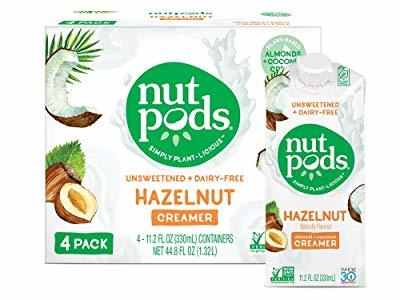 When it comes to finding something without added sugars, gluten free, and dairy free, that can feel like a tall order, but nutpods has that on lock. Their Hazelnut Dairy-Free Creamer is made from coconut and almonds, resulting in a rich, smooth creamer that’ll add a little something-something to your morning mug.

Compatible with Whole30, Paleo, Keto, and vegan diets, nutpods creamer is also OU Kosher. You can get this jack of all trades in original, hazelnut, pumpkin spice, french vanilla, peppermint mocha, and caramel. Coming in four or twelve-packs of 11.2 ounces, nutpods is shelf-stable, so it’s fine to store and travel. 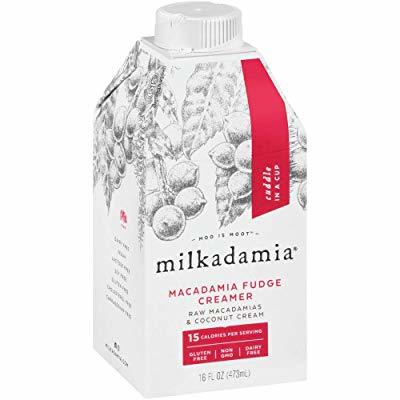 If you’d like to add a healthy dose of sweetness to your morning brew, Milkadamia Fudge Creamer will be your jam. Dairy Free, vegan, lactose Free, soy free, gluten free, cholesterol free, and carrageenan free (we’ll explain what that means later), there are enough “frees” in the description to make you wonder what is in it, but there are 15 calories of plant-based fudgey creamer. 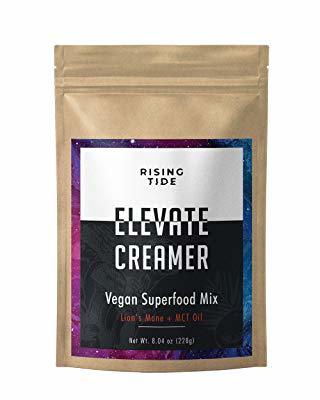 Paleo and Keto friendly, vegan, gluten-free, and all that jazz, Elevate Creamer is made with all natural ingredients. A powder, not liquid, Elevate travels well and has the same calories-to-serving ratio as Coffee Mate options, 35 calories per tablespoon serving. 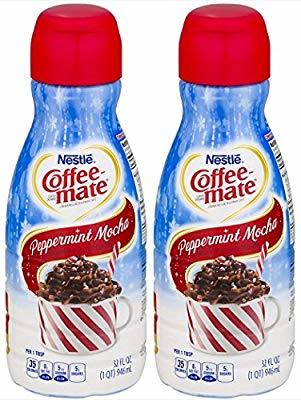 Peppermint mocha should be a year-round flavor, no contest, but it’s especially a requirement during the holidays. Coffee Mate’s Peppermint Mocha creamer is lactose and cholesterol free, and is made using Kosher dairy.

Calorie-wise, it’s the same as the hazelnut version, 35 calories per serving, which is a tablespoon. Please remove the label before recycling! 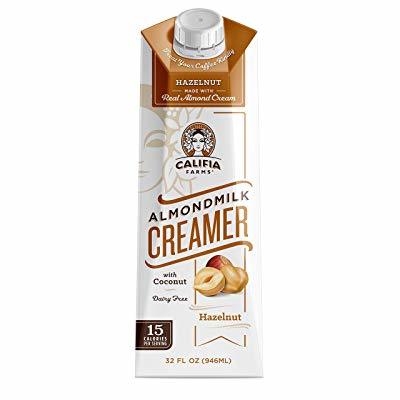 If hazelnut isn’t quite your thing, Califia also offers Pecan Caramel and Vanilla. These are in a pantry-stable and don’t need to be refrigerated until opened. 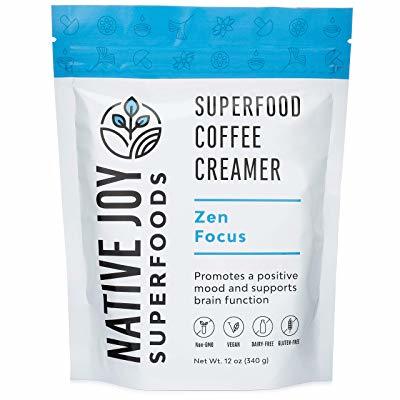 Made from organic ingredients (meaning no refined sugars), Zen Focus Coffee Creamer by Native Joy Superfoods is made from coconut milk powder and coconut sugar, as well as Chaga Mushroom and MCT oils. Diary free, gluten free, soy free, paleo, and vegan, Zen creamer can fit into many lifestyles.

One caveat: per teaspoon serving, there are 15 calories, but the instructions above state to add a tablespoon for taste, which is a bit misleading when it comes to determining calorie count. 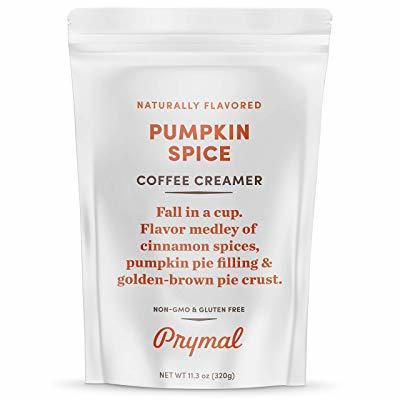 We're never over Pumpkin Spice. I don’t care what time of year it is. PRYMAL does there all to give that autumnal feel to the average, every day cup of joe with their coffee creamer. Vegetarian, non-dairy, soy-free, gluten-free, and Keto-approved.

Featuring coconut milk, coconut milk powder, and ketosweet (a combination of natural sweeteners including monk fruit and stevia), PRYMAL puts a velvety piece of pumpkin pie in your coffee mug that you don’t need to feel guilty about. At 45 calories per 4 teaspoons, spoil yourself! 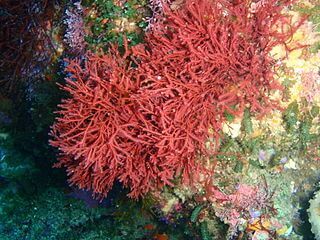 You know how sometimes a lot of kerfuffle is raised over something and everyone boycotts it and totally believes it’s terrible for years and years until finally enough scientists roll their eyes and say (on repeat) that it’s fine?

It happens a lot more than you think, but knowing what we consume and the accompanying truth about it, is something we should all care more about.

MSG is as reasonably safe as everything else unless you have a specific allergy or chronic migraines, and we’ve been genetically modifying foods to make them taste better since we started cultivating the land (bananas originally were filled with seeds). To fairly represent this situation, it’s super nuanced. To that end, high-fructose corn syrup hasn’t been proven to be any worse than other added sugars, and, realistically, the problem is with all added sugars.

We open with this for a significant reason: carrageenan is going to be the next one. On our list, several say carrageenan-free, but let’s break down what carrageenan actually is.

Extracted from red edible seaweed, often called Irish Moss, it’s widely used in the food industry as an emulsifier, geller, and thickening agent, as has been since the 15th century. we're not saying that makes it okay, but it does offer some sort of addition to this argument.

There are three main classes, Kappa, Iota, and Lambda, each with their own particular uses. It’s often used as a substitute for vegetarian and vegan gelatin.

Carrageenan has no calories, no fat, no cholesterol or sodium, and pretty much no nutritional value, but it’s the way it interacts with other ingredients that make it particularly valuable, especially with vegetarian and vegan products. Almond milk would have separating issues, things like baby formula and other shelf-stable products would go bad more quickly, and ice cream and yogurt wouldn’t be so creamy.

Both the FDA and European Food Safety Authority agree that it’s safe to consume. Now, there’s a tad bit of confusion over degraded Carrageenan (poligeenan) and edible Carrageenan. Poligeenan can agitate those with ulcerative colitis and Crohn's Disease since it causes gut inflammation. But it’s entirely different than the Carrageenan that even a joint panel between the World Health Organization and the Food and Agriculture Organization of the United Nations agreed was safe for baby formula.

Coffee is a personal experience and everyone has their morning ritual. Most of us at Coffee or Bust like to fill up the largest mug we can find with something between a light and medium, no room, black as our souls. Others enjoy a splash of creamer or whole milk.

Experiment a bit and try out a few different things. And don’t underestimate how delicious the nutpods brand is!